On the 9th day of the Israeli attack, we are still exerting our best efforts to respond to the call of our homeland and the calls of the suffering children, women, the ill and injured Palestinian innocent victims of the intense continuous Israeli attacks on our beloved Gaza Strip. This aggressive attack comes after a brutal siege imposed on the Strip for more than a year and a half, affecting all the vital sectors and fields of the Palestinian life especially the health sector. With the current Israeli military attack, the condition of all hospitals and clinics in Gaza Strip was worsened because they are suffering from a shortage of medicines, emergency surgical instruments, supplies and operating rooms to deal with thousands of injured.

As a response for this dangerous deterioration in Gaza Strip, and since we believe that it is our national and humanitarian duty towards the Palestinian people in Gaza and in particular to the health sector , Health Work Committees (HWC) has launched a campaign to provide hospitals and clinics in Gaza with basic and necessary materials. The donated materials and equipment will be entered to Gaza in cooperation with UNRWA and Ministry of Health.

Moreover, a list of urgent needs (material and equipment) was received from the Union of Health Work Committees (UHWC) in Gaza strip. UHWC is a sister organization of HWC where the two organizations believe in the same values and principles. UHWC is a grass root, voluntary, community-based, non-profit non-governmental organization founded in 1985 in Palestine (West Bank & Gaza) by a group of Palestinian doctors and health professionals to narrow existing gaps in health care service, due to Israeli occupation procedures to demolish the health infrastructures, provided to the Palestinian population living in the Occupied Palestinian Territories. Since the establishment of the organization, a unified board of directors governs both branches in Gaza and West Bank till the establishment of the Palestinian National Authorities where two bodies with two boards of directors elected independently to manage the two branches. UHWC is the largest non-governmental organization in Gaza Strip that provides primary and secondary health care services; UHWC mission is Health for all deprived and marginalized peoples, we seeks to improve the health status of the Palestinians to help them to achieve their full potential in human development terms under the turmoil and difficult circumstances in which they live and to participate in future of their community and play roles in sustainable development.

- Al Awda Hospital Jabalia (Tal Azzater), Gaza North
- Al Luhidan Medical and Community Center (Jabalia), Gaza North
- Al Quds Medical and Community Center (Beit Hanoun), Gaza North
- Al Khairia Medical and Community Center (Al Nusseirat), Gaza Central
- Rafah Medical Center (Rafah), Gaza South
- Women's Health Center – Rafah.
All those centers are working currently to respond to the emergency situation imposed by the Israeli occupation and their brutal manifestation on the ground. Today, while a staff of UHWC was heading to rescue Palestinian people in Jabalia after a heavy raid, the Israelis targeted the ambulance of UHWC and bombed it. This cause the death of one member and the injury of two members of the staff (one of them is in a very critical condition) and the complete destruction of the ambulance, leaving UHWC working only with one ambulance now.

Once again, this dramatic situation needs immediate response from all the human rights organizations and defenders.

Together hand in hand to lift the injustices imposed upon our Palestinian people in the beloved Gaza Strip.

Note:
- Attached are the bank account details and list of needs from UHWC
- In case you would like to donate money, please transfer it as a “donation for Gaza” 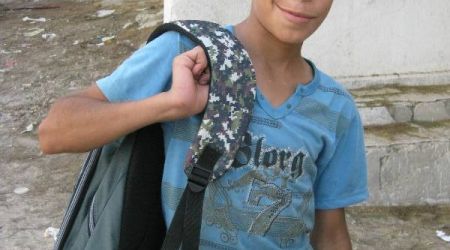