Re: Call for action ahead of the National Palestinian Day for the Recovery of Palestinian War Victims' Bodies and the Disclosure of the Fate of the Missing

It is with grave concern that we direct this open letter to you.

The 27th of August marks the Palestinian National Day for the Recovery of Palestinian and other Arab War Victims' Bodies and the Disclosure of the Fate of the Missing.

Since 1967, Israel has applied an inconsistent policy of refusing to deliver the mortal remains of hundreds of Palestinian combatants to their families. The dead were buried in what Israel refers to as “cemeteries for enemy combatants,” mass clandestine graves located in areas designated as closed military zones.

Palestinians call them “cemeteries of numbers,” since the deceased are buried there anonymously with numbers etched onto metal placards attached to their corpses or remains.

The systematically demeaning and negligent manner in which the remains are buried or dumped, coupled with the lack of proper registration by Israel’s military rabbinate, makes the process of locating and identifying the victims for potential exhumation an uphill task.

According to figures compiled by the Jerusalem Legal Aid Center (JLAC), Israel continues to hold the remains of 253 Arab and Palestinian war victims in these cemeteries while also refusing to acknowledge the fate of a further 68 who are missing. Israel's ongoing refusal to undertake the necessary process to identify those buried in the cemeteries of numbers violates United Nations Security Council Resolution 2474, which requires member states to prevent individuals from going missing as a result of armed conflict in territories under their jurisdiction. Member states are required, inter alia, to produce and provide "proper means of identification, including for members of armed forces, the establishment of national information bureaus upon the outbreak of an armed conflict, grave registration services and registers of deaths and ensuring accountability as appropriate in cases of missing persons."

By flouting its obligation to identify the remains by using the scientific methods available to it, including the analysis of DNA samples, Israel also violates its commitment before the Israeli High Court of Justice, dating back to 2017.[3]

In addition to those languishing in the cemeteries of numbers, Israel has been holding captive the corpses of 51 Palestinians since 2016 under the pretext of using them as bargaining chips in a potential prisoner swap deal with Hamas.

Even though the Israeli High Court of Justice recognized the unconstitutionality of the practice, a further hearing was held before an extended panel in July 2018 and the Court is yet to issue a final verdict.[4]

17 Palestinians of the total 51 whose bodies are held captive were killed in Gaza, 3 died in Israeli prisons, one is believed to have died under torture or ill-treatment , and one after spending 29 years in detention, while the rest were killed after alleged attacks, with suspicion that they were extrajudicially executed when other means could have been used as evidence suggests.

Moreover, due to its enormous impact on the families of the deceased, refusing to deliver the corpses for proper and dignified burial may amount to collective punishment prohibited under Article 50 of The Hague Regulations, Article 87 of the Third Geneva Convention, and Article 33 of the Fourth Geneva Convention.

The Israeli practice of preventing families from burying their loved ones with peace and dignity also infringes upon their human rights to dignity, family life, religious freedom, equality, and the prohibition against cruel, inhuman and degrading treatment.

The National Campaign for Retrieval of the 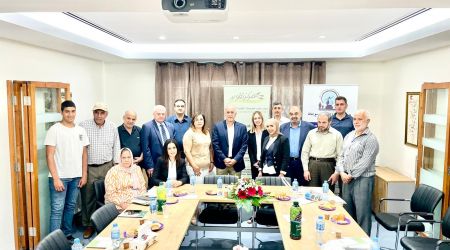 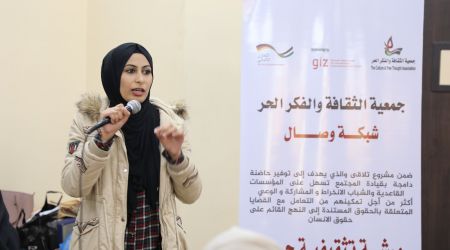