On 12 March, Al-Haq submitted an urgent appeal on the extrajudicial execution and wilful killing of Mr. Ashraf Mohammad Abdel Fatah Mubaslat, 21, Mr. Mohammad Raed Hussein Dakhil, 22, and Mr. Adham Jamal Abdel Rahim Mabrukah, 27 to the UN special procedures urging an investigation and remedy. The submission explains how the three men were extrajudicially executed by Israeli Occupying Forces (IOF) at the scene in their car, without warning, despite the fact that the men were clearly not participating in any hostilities, nor was there any active hostilities ongoing, at the time of their execution.

On 8 February 2022, the three men were traveling in a silver car towards Al-Makhfyeih neighbourhood in the western part of Nablus city, a populated residential area close to a local Samaru supermarket.[1] While en route, the IOF blocked their car using two unmarked vehicles with Palestinian number plates and then proceeded to open fire. These soldiers then exited the unmarked vehicles and continued to fire live ammunition at the car. Once the IOF had left the area, residents investigated the car and found the disfigured bodies of the three men, presenting no signs of life. The men were then taken by ambulance to the hospital but pronounced dead prior to their arrival.[2]

Israeli special forces from the IOF used two vehicles; the first was an orange public Volkswagen taxi car (the taxi), and the second a grey Volkswagen Caddy minivan (the minivan). Both vehicles were unmarked, appearing civilian in character with Palestinian number plates.[3] There were approximately ten Israeli soldiers in both of the unmarked vehicles wearing formal army uniforms, face masks, helmets, and armed with automatic rifles. These soldiers were accompanied by a soldier concealed in civilian clothes.[4] He had a hat over his head, a pistol on his waist and was carrying an automatic rifle.[5] According to eyewitness testimony, the taxi intercepted the car and blocked its path.[6] The actions taken by the IOF can be then divided into two distinct stages.[7] First, live ammunition was fired by the IOF towards the windscreen of the car. The IOF opened fire without warning, and the shooting was intensive and continuous.[8] Second, a group of approximately five soldiers surrounded the car from each side. Three soldiers were seen pointing their weapons at the silver car and firing live ammunition from three to five meters continuously towards the car.[9] Other Israeli soldiers not shooting at the car were shouting and blocking any vehicles approaching in either direction on the street.[10] After two rounds of intensive live ammunition being fired at the car, the front and back windscreens were shattered, as well as the glass in the left and right side of the silver car. Following the attack on the car, Israeli soldiers were seen inspecting and confiscating two automatic rifles from the car and putting them in a blue plastic bag.[11] The operation lasted approximately fifteen minutes before the soldiers returned to their vehicles, and the taxi and the minivan left the scene.[12] No gunshots were seen or heard coming from the car in any direction at any time during the operation. Despite this, eyewitness testimony confirms that the Israeli soldiers did not give any warning before they started firing at the car; for example, no gunshots were fired into the air and no verbal warnings were heard by witnesses.[13]

After the IOF left the area, local residents called the emergency services. Witnesses found the windscreen of the car riddled with bullet holes. There were no signs of life in any of the three Palestinians in the car, whose bodies were disfigured due to the heavy shooting directed at their upper bodies.[14] Four ambulances arrived at the scene, and with the help of residents, the paramedics carried the three men into the ambulance. The bodies were transported to Rafidyah Hospital in Nablus to the emergency department. An autopsy team confirmed that the three Palestinian men were dead prior to arrival at the hospital.[15]

Israel and the IOF, through its description of Ashraf Mubaslat, Mohammad Dakhil, and Adham Mabrukah as “terrorists”, argues that they were not civilians, instead constituting legitimate military targets.[16] This is not the case. The principle of distinction differentiates between combatants and civilians; where civilians are afforded protection against military operations, combatants are considered legitimate military targets.[17] The prohibition of the deliberate use of force against civilians is absolute. In the present case, Israel claims that Ashraf Mubaslat, Mohammad Dakhil, and Adham Mabrukah were only known to Israeli intelligence on the basis of alleged acts of violence, such as shooting at military sites.[18] Notably, the West Bank is currently policed under a law enforcement paradigm and there are currently no active hostilities. That being said, such actions, even if true, would fall within the definition of “direct participation in hostilities”, but only “for such time” as the men participated in them.[19] The temporal element of the direct participation in hostilities (“for such time”) requires the men to be engaged in violence at the time, as recognised by the ICRC.[20] At the time of the operation by the IOF, the men were not attacking a military base or patrol but travelling by car in an urban neighbourhood. While there were weapons in the car, as can be seen from the evidence compiled by Al-Haq staff, there was no shooting from the vehicle nor any warnings given by the IOF. It can be concluded from the evidence gathered that at the time, Ashraf Mubaslat, Mohammad Dakhil, and Adham Mabrukah, were not participating in hostilities, and there were also no hostilities taking place. Therefore, the men should have been afforded civilian protection guaranteed under IHL during the operation committed by the IOF on the 8 February 2022. As seen from the facts, this did not occur. Instead, the IOF killed three men, in breach of their rights under GCIV.

The killing of Ashraf Mubaslat, Mohammad Dakhil, and Adham Mabrukah by the IOF amounts to an extrajudicial execution and wilful killing in violation of international human rights law and international humanitarian law. The practice of targeted killings constitutes an inherent violation of the right to life as enshrined in binding customary and conventional international law.[21] Despite this, as well as condemnation by the international community, the practice has been officially endorsed by the Israeli executive and judicial branches.[22] The conduct of the IOF contributes to the commission of crimes against humanity through the systematic targeting and harassment of the Palestinian people, including the crime of apartheid.

In the urgent appeal, Al-Haq requests in addition to the investigation, full reparations for the families of the three Palestinian men and international justice and accountability into widespread and systematic human rights violations committed against the Palestinian people by the IOF.

Considering the above, Al-Haq calls on the relevant UN Special Procedures mandates to:

Please see this press statement and the urgent appeal on our website here.

[1] Al-Haq Field Report on the killing of Ashraf Mubaslat, Mohammad Dakhil, and Adham Mabrukah prepared on 10/2/2022, on file with Al-Haq.

[2] Summary based on Al-Haq Field Report on the killing of Ashraf Mubaslat, Mohammad Dakhil, and Adham Mabrukah prepared on 10/2/2022, on file with Al-Haq.

[3]Al-Haq Field Report on the killing of Ashraf Mubaslat, Mohammad Dakhil, and Adham Mabrukah prepared on 10/2/2022, on file with Al-Haq.

[9] Al-Haq Field Report on the killing of Ashraf Mubaslat, Mohammad Dakhil, and Adham Mabrukah prepared on 10/2/2022 on file with Al-Haq.

[15]Al-Haq Field Report on the killing of Ashraf Mubaslat, Mohammad Dakhil, and Adham Mabrukah prepared on 10/2/2022, on file with Al-Haq

[17] Al-Haq, ‘A Demonstration of Power. Israel’s Excessive Use of Force resulting in the Killing of Non-Violent Palestinian Protestors and Demonstrators during 2014 and 2015.’ (May 2016), p.31, available at: https://www.alhaq.org/cached_uploads/download/alhaq_files/publications/papers/Excessive.Use.of.Force.pdf

[18]Al-Haq Field Report on the killing of Ashraf Mubaslat, Mohammad Dakhil, and Adham Mabrukah prepared on 10/2/2022, on file with Al-Haq. 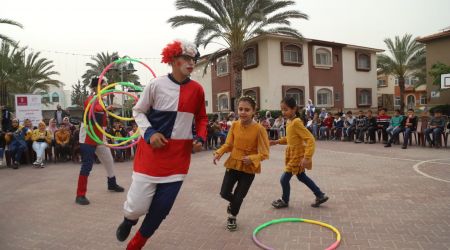 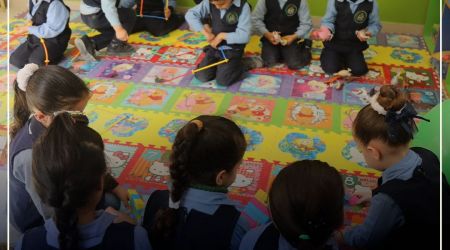 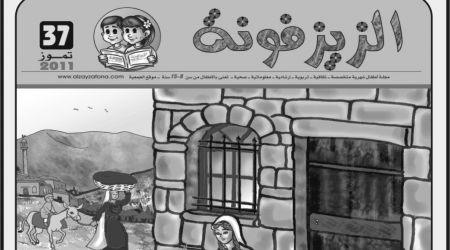