During the course of just last week, Israeli authorities displaced 64 Palestinians, including 24 children, by demolishing 29 structures across eight locations. Since 1 August, Israeli security forces have destroyed or confiscated a total of 85 civilian structures across 28 West Bank communities, displacing 129 Palestinians and affecting the livelihoods of at least another 2,100.
Among the 85 recently-destroyed or confiscated structures, 24 had been provided by donors as emergency relief, including emergency shelters following previous home demolitions, animal sheds, latrines, a community centre and a new drinking water network, the latter supported by UNICEF. The damage to the network affected nearly 1,000 Palestinians in five herding communities in the Jordan Valley who suffer extreme water scarcity especially during the summer months. There is also renewed concern for the community of Susiya in the southern West Bank, where over 170 civilian structures are under threat of demolition and where the Israeli authorities abruptly ended negotiations with community representatives last month.
“Repeated rounds of demolitions, restrictions on access to basic services and regular visits by Israeli security personnel promoting ‘relocation plans’ are all part of a coercive environment that now surrounds these vulnerable Palestinian households,” said Mr. Piper. “The cumulative pressure to move to other parts of the West Bank continues to be ratcheted-up; in this environment we cannot expect people to make decisions based on genuine consent so the risk of forcible transfers remains high,” he added.
There has been a surge in demolitions and confiscations across the West Bank this year with 786 Palestinian-owned structures demolished so far in 2016. These demolitions have cumulatively displaced 1,197 people, including 558 children. Over 200 of the demolished structures had been provided as humanitarian relief.
As the occupying power, international law requires that Israel ensures that the basic needs of Palestinians are met and that the conditions necessary for their development are present, including a fair and lawful planning and zoning regime. Facilitating the delivery of humanitarian aid is also a legal obligation whilst the forcible transfer of populations is prohibited under International Humanitarian Law, as is the destruction of property unless absolutely necessary for military operations.
“Dkaika. Khan al Ahmar. Um al Kheir. Abu Nuwar.  Susiya… these are just some of the highly vulnerable communities where families, many of whom are Palestine refugees, live in permanent fear of becoming homeless and children wonder if they will still have a school to attend tomorrow,” said Mr. Piper.
Governorate
Jerusalem 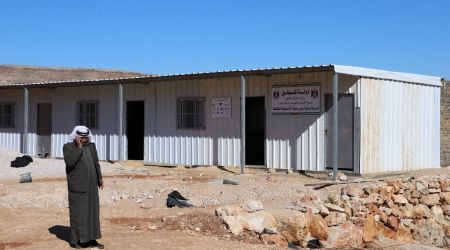 .
JLAC Succeeds in Freezing the Eviction and Demolition of the Ein Samiya Bedouin Community School 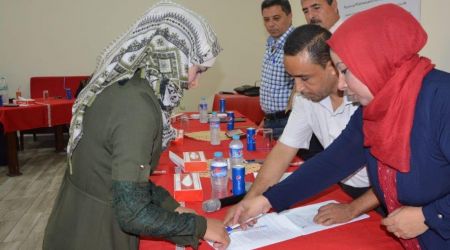